Choosing You by Allie Everhart 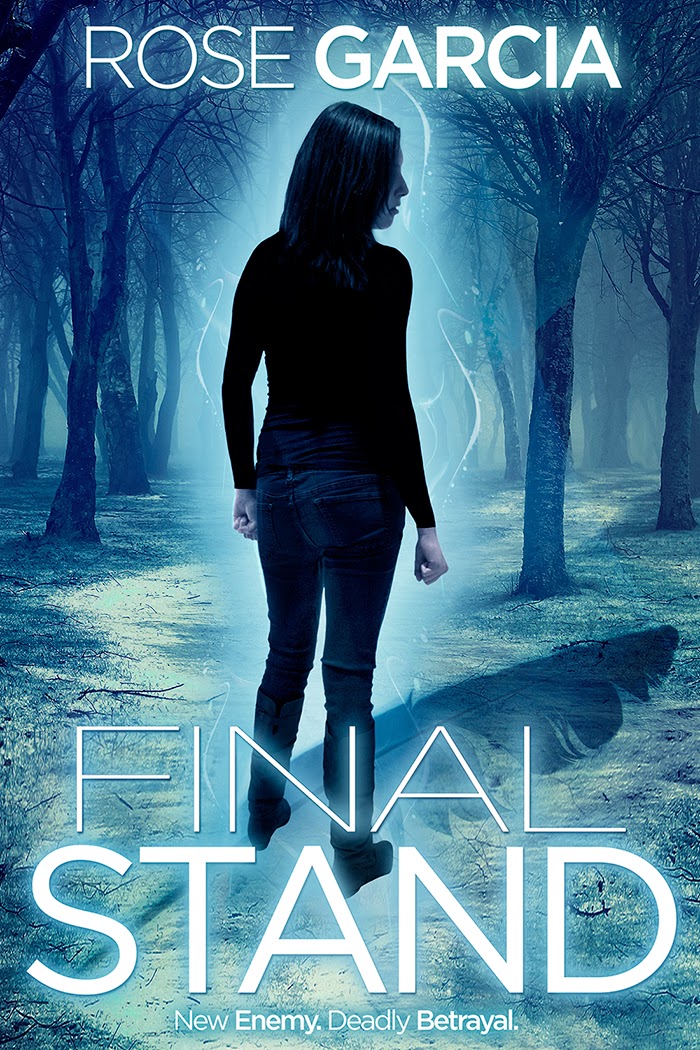 Dominique is still alive after killing Tavion, the Tainted who’s hunted her for lifetimes. Yet her protectors still fear for her life. They force her to flee Houston and abandon the friends she loves. But they can’t protect her from herself. When Dominique starts hearing Tavion’s voice in her head, she realizes that her personal connection to the Tainted still exists. And when her car is ambushed, she discovers another frightening truth—someone close to her is a traitor.

Desperate for answers, Dominique seeks the aid of first lifers Trent and Infiniti. With their help, she hopes to find her new enemy. But things get complicated with Trent when she finally accepts her eternal love for Farrell, and even more complicated when the whispers in her head threaten her loved ones. Determined to live, Dominique decides to make a final stand against the forces that want to end her. For good.

She opened her hand and ran her fingers across my dad’s thin energy shield, pulling it back like a spider web. “Come out, come out, wherever you are,” she said with a smile. I flinched, pressing my body back against the grass. Farrell and Mom called out for me in the distance, and I thought I saw them racing to me, but the girl leaned in and blocked them from view. She shot a purple colored mist from her palms, forming her own energy bubble around herself, her two Tainted companions, Dad, and me.

“No!” Farrell slammed his fists against the dome. His hands sizzled as he clawed at her thick barrier.

“Come,” she said, reaching her slender hand out to me. “You belong with us.”

Dad grasped at my arm. “Fight,” he whispered, his eyes completely clouded over now, his grip so weak he could barely hold on to me.

Everything inside me said not to listen to the girl, to fight like my dad had urged, when Tavion’s imposing voice rasped in my ears. “Go with her.”

Tavion’s command worked its way through me like a slow-moving whisper that magnified until it almost tore through my very soul. I bit down on my lip, fighting to resist him, when I felt my will starting to bend.

Why am I listening to Tavion? He’s the enemy. He’s killed me eight times. I hate him.

I knew I shouldn’t go with her, I knew I shouldn’t leave my dad, but a little piece of me itched to be with her. My body trembled, my arms stretched out on their own. My fingertips almost met hers when a shudder shook the earth.

“Stop!” Farrell called out. A burst of golden light flooded my sight. Heat sprayed across my face. My skin burned as if a fire ball had rolled over me. And everything faded to black.

GET THE FIRST BOOK IN THE SERIES 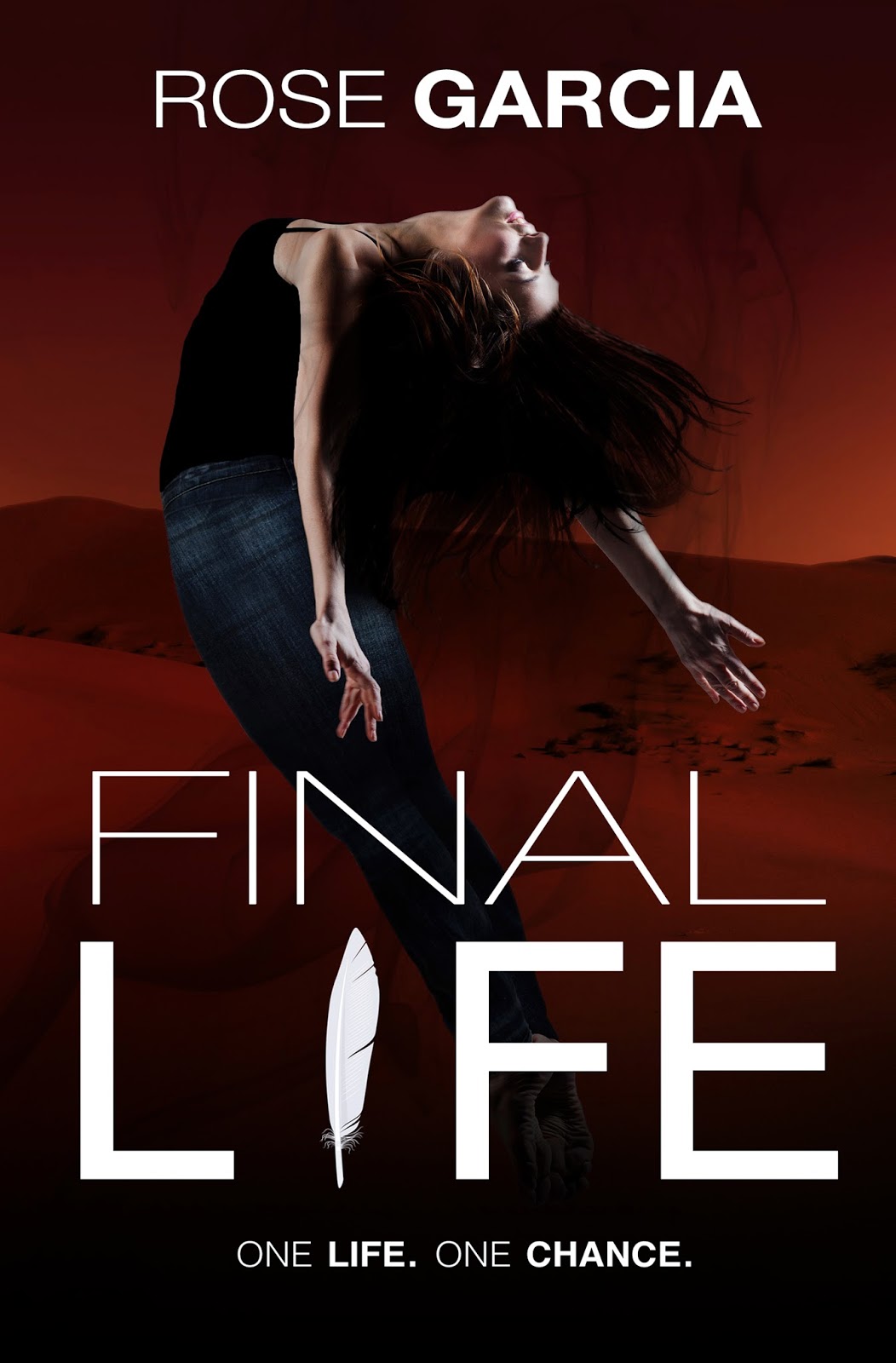 “The whole transhuman concept had the whole Sci-Fi/Fantasy element going on, yet Rose Garcia has written it in a way that is both fresh and believable, with the classic good versus evil theme incorporated.” – Always YA at Heart

“Final Life is filled with magical moments, heart aching moments, action, and suspense. I look forward to the next chapter of Dominique’s story.” – WinterHaven Books

PLEASE READ THE TERMS & CONDITIONS FOUND AT THE BOTTOM OF THE RAFFLECOPTER.

ALL INTERNATIONAL READERS WILL AUTOMATICALLY WIN AN eBOOK copy of Final Life and/or a $25 Amazon/B&N Gift Card.
a Rafflecopter giveaway

Rose Garcia is a lawyer turned writer who’s always been fascinated by science fiction and fantasy. From a very young age, she often had her nose buried in books about other-worlds, fantastical creatures, and life and death situations. More recently she’s been intrigued by a blend of science fiction and reality, and the idea that some supernatural events are, indeed, very real. Fueled by her imagination, she created The Transhuman Chronicles–a series of books about people who have overcome human limitations.
Rose lives in Houston with her husband and two kids. You can visit Rose at www.rosegarciabooks.com